Appearance: Aphrodite was described as beautiful, and loved to wear jewelry. She always dressed elegantly and was always smiling.

Personality: Aphrodite was alluring, and known to be joyful. However she was viewed differently by other people. Most saw her as lovely and charming, but some saw her as evil and mean.

Roles and Responsibilities: Aphrodite was the most beautiful goddess on Mount Olympus, and was connected closely to humans and nature.

Goddess of: Love and beauty. 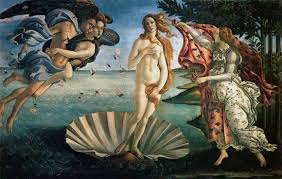 Power: Aphrodite was very powerful, and could control the emotions of gods and mortals. 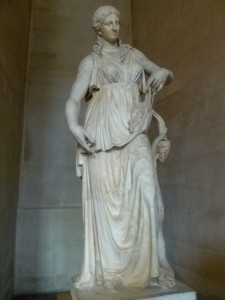 Siblings: Since Aphrodite was one of the daughters of Zeus, she had many half siblings since he had multiple affairs. Hephaestus, Ares, Athena, Artemis, Apollo, Hermes, Dionysus and Persephone were all her half siblings, and she didn’t have any direct siblings.

Husband: Aphrodite was married to Hephaestus, but she was having an affair with Ares.

Children: Aphrodite had many children, however many were unheard of. They were: Eros, Himeros, Pothos, Phobos, Deimos, Armonia and the Nymph Rhode.