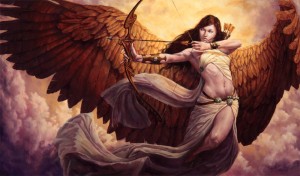 Appearance: Artemis was usually wearing a knee-high chiton (a sort of tunic) and was armed with bows and arrows.

Personality: Artemis was very protective of children, nature, and especially animals. When people acted out against her wishes she became very angry, especially if anyone transgressed against the animals that were sacred to her.

Roles and Responsibilities: Artemis’ job was to protect nature and any living thing. She took her duties seriously, and many women looked up to her.

Goddess of: The moon, chastity, the hunt and virginity.

Power: Artemis was known to bring and relieve disease from women and children. She also loved to hunt with arrows dipped in poison. 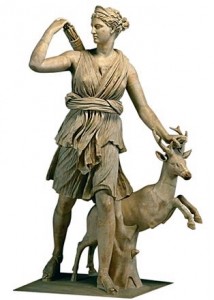 Siblings: Artemis has a twin named Apollo, and her half siblings were: Athena, Hermes, Dionysus, Aphrodite, Ares, Hephaestus, and Persephone.

Children: Artemis did not have any children.