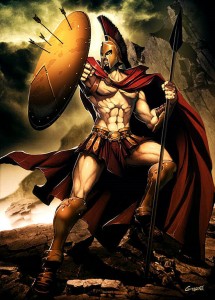 Appearance: Ares was usually pictured wearing a helmet and carrying a sword or a spear, as well as riding a chariot.

Personality: Ares was an aggressive and dangerous god, and was not well liked among the other gods or mortals. He was often ridiculed and was known as a coward, as he reacted to any injury with fury. He also fought with Athena and Artemis frequently, this became particularly obvious during the Trojan War.

Roles and Responsibilities: Ares was not well liked, and had a throne on Mount Olympus that was made of human skin. He was often accompanied by Eris (the goddess of discord), and did not have many important roles to fill in society.

Power: Ares did not have any known powers, however he was a skilled fighter when it came to war and battles. 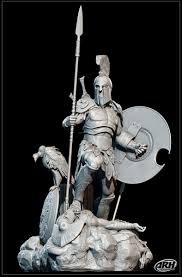 Parents: Hera was Ares’ mother, and Zeus was his father.

Siblings: Ares only real sibling was Hephaestus, but he had several half siblings. They were: Persephone, Aphrodite, Dionysus, Hermes, Apollo, Artemis and Athena.

Wife: Ares did not have a wife, but he was having a secret affair with Aphrodite.

Children: He had many children with Aphrodite. They were: Himeros , Pothos, Phobos, Deimos, Armonia, Eros and Anteros.